Over the last decade, data centers have been built according to the three pillars of IT: compute, storage and network, all developed independently of each other. Recently, however, storage has become fragmented in the marketplace. Most businesses are less keen on buying large storage arrays because they’ve become expensive and cumbersome, not to mention hyper-converged infrastructure is a more cost-effective, efficient option.

According to VMware, HCI is the convergence of compute, networking and storage onto shared x86 building blocks. The objective is to reduce dedicated physical appliances and run data center functions as software on the hypervisor. Ultimately, physical hardware silos are eliminated with the goal of adopting a simpler, more scalable infrastructure.

“Hyper-converged is essentially taking storage and directly attaching it in the server right next to compute. Similar to how a memory cache works, the idea is to bring storage closer to the CPU increasing workload performance.”

Today, major hardware vendors, such as Dell, HP, IBM and Cisco all have hardware offerings that are hyper-converged, often referred to as “serverization storage.” Hyper-converged infrastructure allows you to scale storage at the same time as compute, so if you need more capacity for additional workloads, you can use computers with storage attached directly, rather than buying computers and figuring out how much storage you need to buy separately. 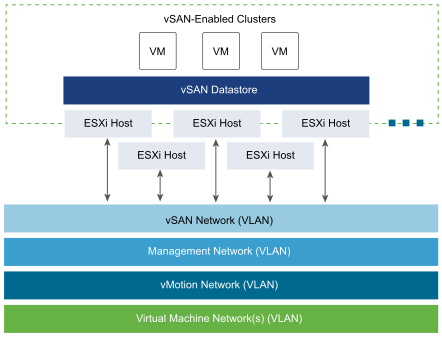 Here’s where VMware vSAN comes in. vSAN takes servers that have direct attached storage and puts them in a shared cluster and provides a common storage pool you can refer to for VM or container workloads. So, instead of limiting VMs to storage that exists on a particular server, all the storage for a given cluster is combined into a pool of resources that can be used by the VMs or containers on that same cluster.

VMware has built in a multitude of features to provide data redundancy, protection against hardware failures, deduplication of content, encryption and compression. Further, since VMware products are designed to be hardware agnostic, any x86 hyper-converged box (on VMware’s Hardware Compatibility List or HCL) will work with vSAN.

Ultimately, vSAN is a cost effective way to implement storage for companies that are already VMware users. It’s also a much simpler way to use storage since specialized storage admins aren’t required—your virtualization admin can manage it easily.

At present, the costs for solid state disk or SSD are decreasing significantly, plus the performance versus spinning disk is significantly improved, which is becoming a major driver of HCI use, resulting in easier management and higher performance.

To sum up the main benefits: 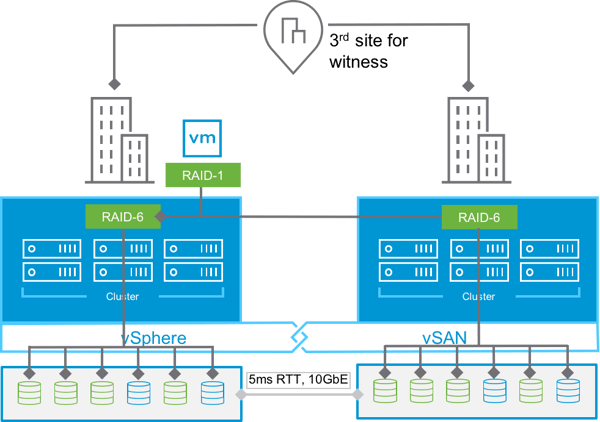 If you have an increasing need for storage or compute and storage capacity, we recommend considering a migration to vSAN. If you’re due for or considering a hardware refresh, we also recommend vSAN. Performance is significantly better than what’s available today, it’s cost effective to run it and it’s more in line with the use of cloud environments. Plus, you can add a little at a time; if you’ve got a data center running with standard assets, but you need more capacity, you can build a small cluster that’s hyper-converged and add it to your existing environment. As you refresh your infrastructure, you can keep making additions thanks to VMware’s automation capabilities. Did we mention vSAN is also policy driven? You can easily define storage policies for the type of storage a particular workload gets – providing the specific protections required for each workload.

August Schell is dedicated to staying on top of emerging technologies within the software defined space. If you’re interested in learning more about how vSAN can benefit your business, we can help. Reach out to August Schell today, or call us at (301)-838-9470.

Meet the Demands of the Digital Era with
Hyper-Converged Infrastructure 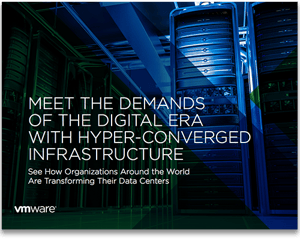 How are modern businesses using hyper-converged infrastructure (HCI)? IT organizations are leveraging HCI to attain new levels of cost savings, simplicity, and agility. Read the eBook to find out how companies around the world are transforming their data centers, and discover the benefits they’re seeing as a result.